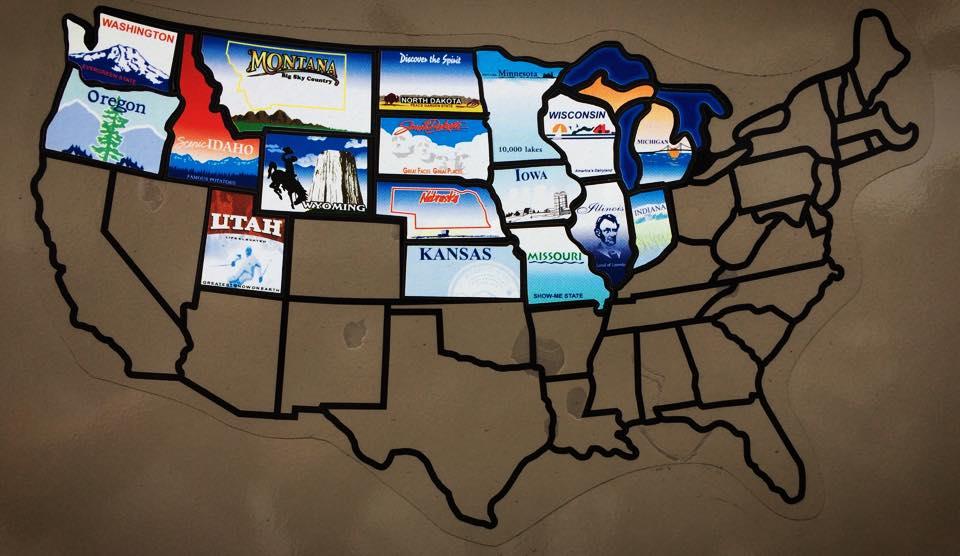 As we've scheduled our trip, we've seen that we have to be selective about where we spend our time. One year just isn't long enough to see it all. However, we have noticed that a pattern has emerged. Our experience with each state seems to fit into one of three different categories: states we lived in, states we visited, and states we drove through. Below are my thoughts and impressions on each of those categories and the states in them.

States We Lived In

These places became our home for at least a week. Many of them became familiar and even started to feel a little like home.

States We Drove Through

As I wrote this blog post and reflected on the places we've seen, it occurred to me that the longer we were in a place, the more we liked it. I suppose we could be cynical about it and assume that we purposely stayed in more the interesting places, and that would be true. But, so many places have surprised me on this trip, that I also imagine most of the places we were only able to drive through would also have a lot to offer if only we're willing to take the time to explore, keep an open mind, and be willing to be pleasantly surprised.

Perhaps that's good advice for life in general: take time to explore, keep an open mind, and be willing to be pleasantly surprised.